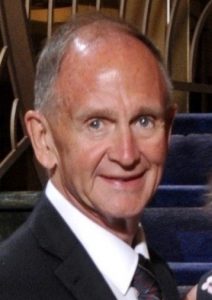 Darren Webb is Senior Vice President of Leesburg, Fla.-headquartered Energy Erectors Inc., a MasTec Company, where he overseas nationwide operations, construction, safety and human resources. Darren’s teams undertake projects ranging from the construction of utility-scale wind turbine generators and high-voltage switchyards to civil infrastructure and 345kV to 500 kV substations. Many of the substations his crews construct support America’s ever-increasing amount of data centers and high-tech businesses, but also a growing number of residential units, commercial offices and retail centers. The company’s customers include the nation’s largest utilities as well as engineering firms specializing in utility and power-deliver projects. Under Darren and his division managers’ leadership, revenue has doubled during the last seven years.

In 2013, MasTec, a multinational engineering and construction company based in Coral Gables, Fla., acquired Energy Erectors at which point Darren became senior vice president. Prior to the acquisition, Darren had been a co-owner of Energy Erectors since 2004. Before that, he was a project manager for Energy Erectors.

From 1997 through 2002, he was a substation division manager for PAR Electrical Contractors Inc. Earlier in his career, he was substation manager working for M.J. Electric, LLC. Darren began his career in field construction.

Darren graduated from Bemidji State University with a Bachelor of Science in industrial technology. 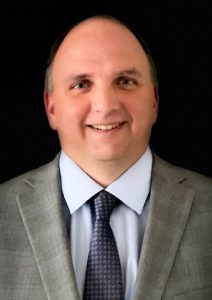 Jason Kangas is the vice president of Project Management & Controls for Energy Erectors located in Las Vegas, Nev., where he oversees and provides guidance to the project managers and estimators companywide. He also leads the Southwest and West Coast operations, construction, safety and human resources groups. Jason is the point of contact between the operations team and the accounting team. And his team’s work includes revenue forecasting, cost estimating and profit projections for substation EPC.

In 2021, Energy Erectors promoted Jason to vice president of Project Management & Controls. In 2013, MasTec, a multinational and minority controlled engineering and construction company based in Coral Gables, Fla., acquired Energy Erectors at which point Jason became the manager of the Eastern Division located in Leesburg, Fla. Prior to the acquisition, Jason was working as a project manager for Energy Erectors in the Las Vegas office. He was responsible for estimating and managing numerous substation and switchyard projects simultaneously, including projects up to $12M in revenue.

From 2002 through 2013, Jason rose through the ranks from entry-level project manager to senior project manager. He helped establish and grow the Las Vegas office for Energy Erectors. Earlier in his career, he was a substation estimator for PAR Electrical Contractors.

Jason graduated from The University of North Dakota with a Bachelor of Science in electrical engineering. Jason also holds numerous state master electrician licenses and serves as the qualifier for Energy Erectors’ contractor’s licenses in more than 25 states. 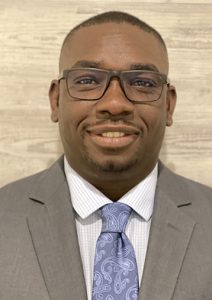 Mohamed Konate is the vice president of Operations for Energy Erectors, based in the company’s Leesburg, Fla., headquarters. Along with overseeing daily and strategic operations, Mohamed leads substation procurement and construction for Energy Erectors. He also spearheads sales and business development companywide, including bidding on and securing projects with some of the world’s largest utilities like NextEra Energy. Mohamed has strategically positioned Energy Erectors to compete for and win renewable, distribution and transmission substation projects up to 500 kilovolts. Since joining Energy Erectors in 2015, Mohamed and his colleagues have helped achieve a sixfold increase in revenue.

Prior to being promoted to vice president of Operations, Mohamed was Energy Erectors’ Southern Division manager. Before joining Energy Erectors, Mohamed served in various roles for nearly 15 years at Terry’s Electric, Inc. As a utility division manager, he directed both the substation department crews along with the Orlando Utility Commission and Tampa Electric’s street lighting construction and maintenance departments. Prior to that, he was a project manager whose first assignment was taking over construction of a 1.2-million-square-foot Walmart distribution center, which he carried out successfully and on deadline.

In 2001, while Mohamed was an electric crew foreman, Terry’s Electric selected him for a program promoting high-potential field workers to the role of estimator and assistant project manager. He began his construction and utility career as an electrician.

Mohamed is trilingual, fluent in English, French and Spanish. 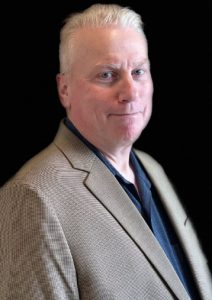 Quinten Hedlin has been a division manager for Energy Erectors, based in the company’s Pierre, S.D., office since 2018. Quinten overseas a team of project managers, estimators and crews who construct Energy Erectors’ renewable and non-renewable substation projects across the company’s Central Division, which runs from North Dakota to Texas. Quinten is an electrical construction expert and problem-solver with more than 25 years of experience. His ability to coordinate resources and skillfully manage the timetables and expectations of utilities, municipalities, contractors and crews has made him a highly sought-after business partner by power industry professionals.

From 2010 to 2018, Quinten managed Energy Erector’s Substation division from Fort Collins, Colo. In 2003, Quinten rejoined Energy Erectors after seven years to become a division manager for its Utility group based in North Carolina. Before rejoining Energy Erectors, Quinten was a lead estimator for the Industrial sector at South Dakota-based Muth Electric for five years. His work involved data collection and analysis for large commercial and industrial work including water treatment facilities and other utility projects. From 1996 to 1998, Quinten worked as a foreman for The Ryan Company, Inc., a wholly owned subsidiary of Quanta Services, Inc. At Ryan, Quinten and his crews specialized in building industry leading electrical infrastructure and substations.

In the early 1990s, during Quinten’s first stint with Energy Erectors, he served as a superintendent for Energy Erectors overseeing construction of the first wastewater treatment plant built by the Leesburg, Fla., company. 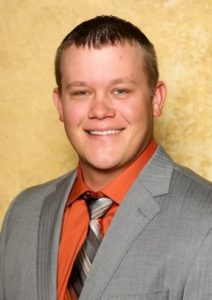 Chad Asheim is the manager of the Eastern Division of Energy Erectors based in Morrisville, N.C. He oversees Northeast and East Coast operations, procurement, construction, safety and human resources for building renewable and non-renewable energy substations up to and including 500-kilovolt projects. Along with providing financial control, revenue forecasts and fleet coordination, Chad manages business development for his region; he has helped increase Eastern Division revenue by nearly 50 percent.

Under Chad’s leadership, the Eastern Division has completed nearly equal parts renewable (e.g., solar) and non-renewable substation projects to increase load for consumers such as data centers. Before his promotion to Eastern Division manager in 2016, Chad briefly held the role of project manager and before that site superintendent. While Chad served as a site superintendent, MasTec, a minority-owned and multinational engineering and construction company based in Coral Gables, Fla., acquired Energy Erectors in 2013.

Prior to joining Energy Erectors, Chad was a foreman and leadman for Western Mountain Power Construction where his projects included building 500-kv substations and HVDC projects.

Chad began his utility industry career as an electrical groundman with Besler Inc., constructing transmission and distribution projects. He maintains a variety of craft and OSHA safety certifications.